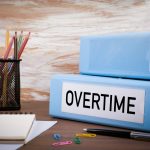 All the hullabaloo about the potential new Department of Labor overtime rules was for naught as the implementation of the law has been delayed again. President Trump’s Department of Justice (DOJ) requested extensions to the appeal process to determine its strategy and finalize its standpoint on the proposed regulations. Some political experts theorize that the need for an extension is the result of delays in President Trump’s appointment of a Secretary of Labor. The President’s first nominee, Andrew Puzder, withdrew and confirmation hearings for his second nominee, Alexander Acosta, have not been scheduled.

Here’s where we are so far:

In the legal world the result of these delays is that the appeal will not be fully briefed until May 1, 2017. This means the law is to enactment as Warren Beatty is to envelopes — no one knows what’s going on (at least until May) and the confusion may continue to go unresolved with no clear date of resolution.

What to Do Now

In the meantime, employers should be informed about how the rule, if implemented, would impact their workplace. You can read our blog post to learn more. As always, ensure that your company maintains compliance with current overtime rules and regulations, and use this time of legal indecision as an opportunity to review your practices and policies in accordance with state and federal wage payment laws.